one person's search for story 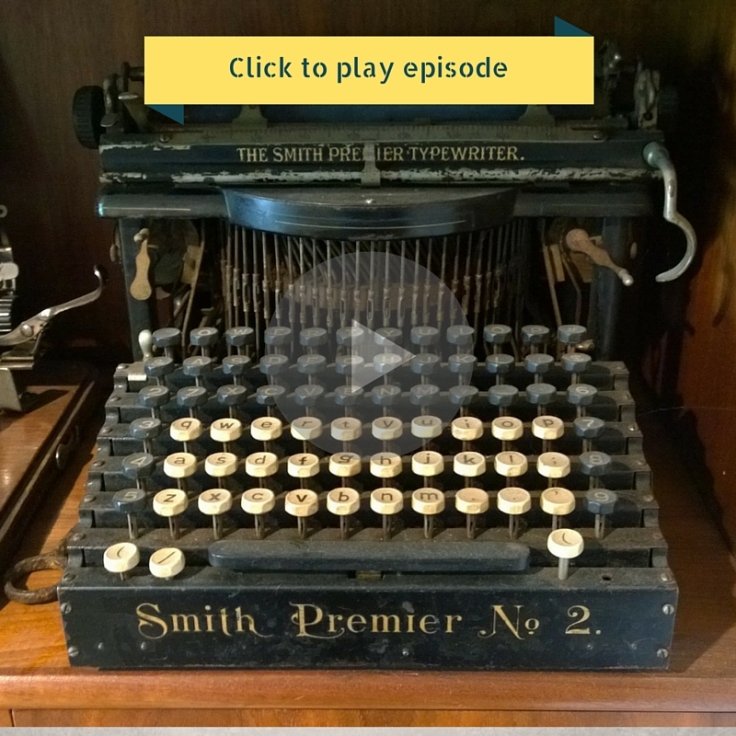 Sometimes life puts you in just the right uncomfortable place, and in this case it involves “Bodily Fluids” By Ron Riekki, copyright 2016, used with permission. Visit Ron’s website.

Don’t forget to share podcasts with your family and friends and us the hashtag #trypod all March long.

Writing Spaces has a sponsor for this episode! Visit Matt Keefer over at the Ravings of a Mad Music Man blog to hear his Writing Spaces essay.

Jen McConnell, Episode 54 contributor shares all about where she writes. Click here to see her writing space.

Marina Frances Mularz is behind “What We Talk About When We Talk About Homer” from Episode 20. She shares all about where she writes. Click here to see her writing space.

The Baseball Opening Day 2017 Special Episode is on its way with poetry, fiction, and nonfiction. What a great group of folks we have sharing their baseball stories this year! 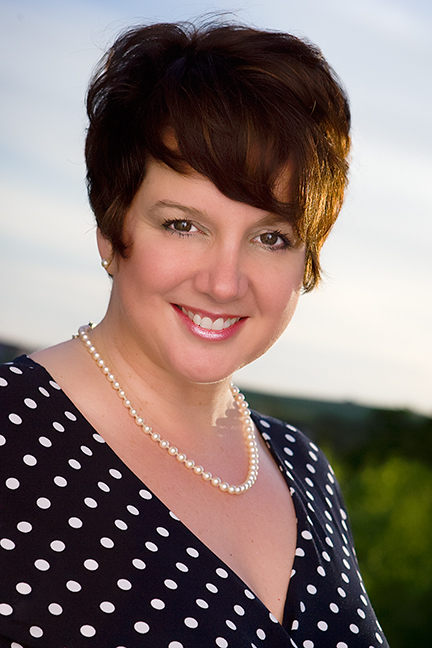 Shawn Aveningo Sanders is a globally published, award-winning poet who can’t stand the taste of coconut, eats pistachios daily and loves shoes … especially red ones! Shawn’s work has appeared in over 100 literary journals and anthologies, most recently Red Sky (Sable Books), Writer’s Resist, mgversion2>datura (UK/France) and PoeticDiversity. She’s a Pushcart nominee, co-founder of The Poetry Box and managing editor for The Poeming Pigeon. Shawn is a proud mother of three and shares the creative life with her husband in the suburbs of Portland, Oregon. “One Final Inning in St. Louis” was written in memory of her father, after their last Cardinal baseball game together in 2011.

From English teacher to management trainer to retiree, Carolyn Martin has journeyed from New Jersey to Oregon to discover Douglas firs, months of rain, and perfect summers. Her poems and book reviews have appeared in publications throughout North America and the UK, and her third collection, Thin Places, is slated for release by Aldrich Press in Fall 2017. In her youth, Carolyn spent many hot, humid summers in NJ playing baseball with neighborhood pals and, if she tries hard enough, she can still feel the curve of cowhide in her hands and smell her Spaulding glove.

Bill McStowe was an Episode 65 contributor and is thrilled to be back for the Baseball Episode 2017. Bill’s serial “Uncharted” can be found on www.channillo.com.

Paul is a hospice/palliative medicine physician privileged to have previously been in No Extra Words, as well as various medical journals and a smattering of literary journals. He writes as a balm to the suffering he sees daily.

Writing Spaces for Episode 78 with a thanks to our sponsor

Writing Spaces has a sponsor for Episode 78! Former No Extra Words contributor (Episode 23) Matt Keefer and the Ravings of a Mad Music Man blog is our sponsor. Check out Matt’s blog on our episode release day, March 31, to hear his Writing Spaces essay.

Jen McConnell’s story was featured on Episode 54 alongside another Writing Spaces contributor Edith Gallagher Boyd. Your weird piece of No Extra Words trivia for the day: Episode 54 is our most listened to episode of all time. I could really relate to Jen’s discussion of her writing space.

Marina Frances Mularz’s tearjerking story appeared all the way back on Episode 20. She tells us about this space, laptop cords and all. 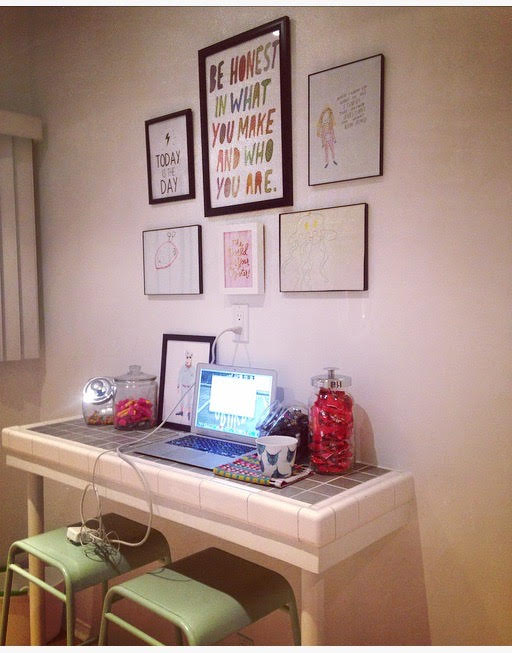 Drew Lovell is a writer who has written everything from short-horror, dark-comedy, fairytales and children’s books. He is also an established songwriter, having toured places such as Paris, Portugal and Chicago and releasing 2 solo albums. His 1st novel, The Depressed Life Coach was published in 2016. You can find it here: http://www.drewlovell.co.uk/the-depressed-life-coach.php

Episode 77: Kiss it All Better

It really can all change in “One Moment.” By Amanda Staples, copyright 2016, used with permission. Visit Amanda’s website.

If only all fairy tales ended like “The Frog Prince.” By Clive Collins, copyright 2014, used with permission. Read Clive’s bio. 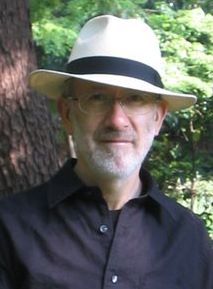 Born in Leicester, England, Clive Collins has spent the greater part of his life working as a teacher in Ireland, Sierra Leone and Japan. He is the author of the novels The Foreign Husband (Marion Boyars) and Sachiko’s Wedding (Marion Boyars/Penguin Books). Misunderstandings (Marion Boyars), a collection of short stories, was joint-winner of the Macmillan Silver PEN Award in 1994. A short-listed finalist in the 2009 Flannery O’Connor Award for Short Fiction, his more recent work has appeared online and in journals such as Penny, Cecile’s Writers, and at terrain.org. Carried Away and Other Stories is to be published by Red Bird Chapbooks in 2017.

We didn’t do this last episode, but it’s back! No Extra Words contributors tell us where they write.

Pat Obermeier shared a story back on Episode 36, over a year ago now. You’re going to love hearing her describe this space. 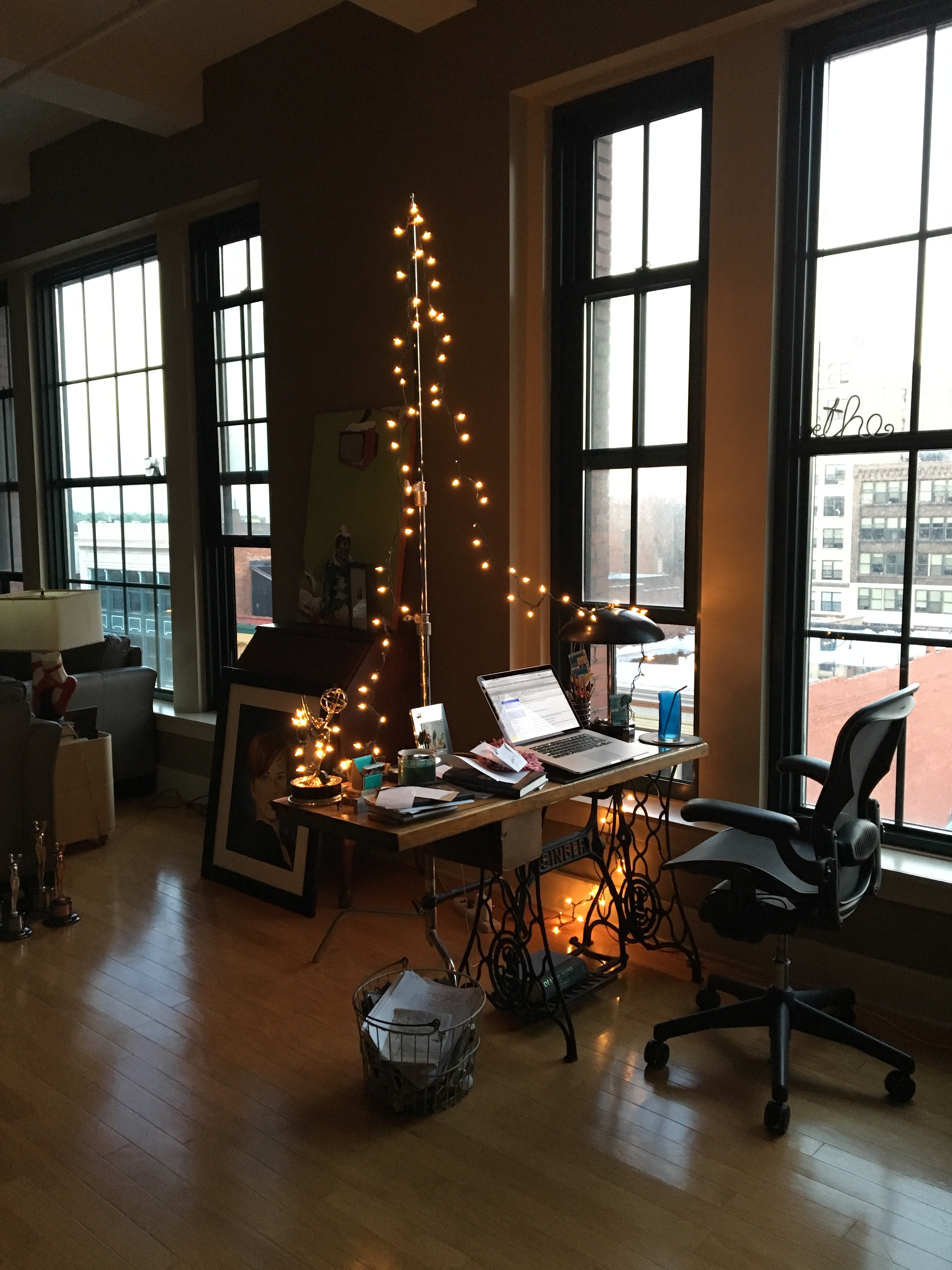 Tune in on Friday and here them share PLUS all-new short fiction! Happy listening,